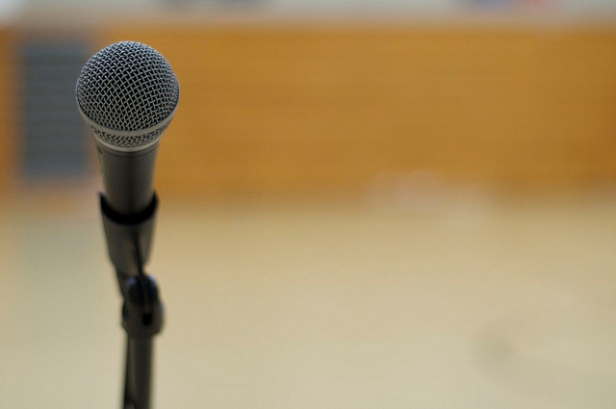 I believe there’s a shift happening in the U.S. Where white supremacy and patriarchy remain thick, people are grateful to see the usual suspects in charge. But in other places, where the air is less smoggy, people are downright fed up with the old guard (OG). People are ready for someone else to lead. This leads to the question, who’s turn is it anyway?

In the Netflix original series “House of Cards,,” Claire Underwood takes over from the barely elected president, Frank Underwood, her husband, saying, “my turn.” Both of them have a history of murder, deceit, and scandal. But now she’s in charge. Life certainly imitates art, as we now have a record number of white women in Congress. White women are saying, it’s their turn.

In technology, CEOs like Satya Nadella (Microsoft) and Sundar Pichai (Google) have taken over the reins from white men. I remember the day Satya took over. I decided to attend in person, excited to witness this “historic event.” On stage was Bill Gates (founder), Steve Ballmer (soon to be old CEO) and Satya Nadella (new CEO). Ballmer – the loud white guy that represented so much of the OG at Microsoft – said a few parting words. But he knew it wasn’t his show anymore. People were there for Satya. Satya, who’s an immigrant from India, could not have been more different than his predecessor. The media at the time started to focus on Satya, Sundar, and other Indian American CEOs and their secret to success. Are Asian American men the heir apparent to white men?

When it comes to leadership, is there a pecking order? If there is, how does the pecking order work? Do people take turns?

Being the mom of an only child, I have to find ways to teach my son how to take turns – a challenge when he’s the only kid in the house. Early on, playdates help bring other kids to the mix. My husband and I joke we “borrow” siblings for my son. Playdates introduce the idea of sharing toys and taking turns picking what to watch or play. Hospitality dictates the outside guest always gets first pick. Over time, my son has learned to ask first what our guests would like to do, before inserting his own preferences. And in *most* cases, they take turns.

As children grow up to become adults, taking turns, as a concept, can have similar applications. To practice hospitality, adults can also invite the outsider/other to share what their preference is first – what they’d like to “watch and play” – before inserting our own. During meetings, we can seek the input of those whose opinions haven’t been heard. But the application goes beyond the interpersonal to systemic issues – who has a seat at the table and who has power and authority in an organization.

What about my turn?

I have been working for more than 20 years in a predominantly white male culture. The air I breathe is fast-paced, competitive, and full of ambitious people. With success being tied to performance, I have been wired to reach for the next thing – whether it’s a bigger role or promotion to the next level. I wish I could say I’m above it all – that I don’t find my worth in such things. But it’s hard not to, and I begin to compare where I am and what I have compared to others.

I feel like I haven’t had my turn. Though I have gotten promoted, it’s at a much slower pace than I would like. I have not gotten to that next level of management. As I get older, ambition and reality seem to face each other harshly. Time gets shorter, and I wonder, “When will it be my turn?”

At large tech companies, Asian/ Asian Americans no longer count as an underrepresented minority (URM) in racial diversity numbers. The perception is there are enough Asians/Asian Americans already, and the focus should be on other racial minorities. Women are still being tracked in the gender diversity numbers due to our low percentage of representation. Companies tend to track what they care about.

While I strongly agree we should focus on underrepresented minorities – in all areas of recruiting, hiring, retention and promotion, I don’t agree that Asians/Asian Americans should be seen as part of the white majority. Our lived experience is not the same. We don’t share the same colonization and immigration story, the same daily struggles of racism and microaggressions in environments that center on whiteness.

In racial diversity discussions and conversations, the “unintended” consequence is Asian/Asian Americans no longer count. And in a highly competitive environment, this can cause resentment. This resentment can be targeted at the organization and those in power for creating such a system. But it can also cause strained relationships between Asians/Asian Americans and other racial minorities.

I am aware the combination of race and gender doesn’t put me categorically in the majority. Do I raise my fist in resistance to those in power and argue I haven’t had my turn?  Or do I let other URMs have their turn? Are the options for me either/or?

In scripture, Paul implores the church to “…regard others as better than yourselves. Let each of you look not to your own interests, but to the interests of others.” He uses Jesus as the example of how to use power and privilege. “Let the same mind be in you that was in Christ Jesus, who though he was in the form of God, did not regard equality with God as something to be exploited, but emptied himself, taking the form of a slave, being born in human likeness, And being found in human form, he humbled himself and became obedient to the point of death – even death on a cross.”

The incarnation and the cross. Jesus used his privilege to serve. What does this mean for me as a follower of Jesus in the workplace, who seeks to love God and love neighbor as I love myself? Who is my neighbor?

Though I haven’t had my turn compared to many of my white counterparts, I acknowledge I’m in a privileged space. The lack of Indigenous, African Americans and Latinx in tech points to larger societal problems of racism, education, housing, incarceration, social services, networks and resources.  As an Asian Pacific American woman, my undergraduate and graduate education, and society’s perception of me as harmless, have afforded me certain privileges. When I walk into a room, people don’t see me as a threat to their physical safety and call the cops. When I submit my resume, I get return calls. I am assumed to be smart and competent (even if I am totally clueless).  The same experiences are not the norm for my Indigenous, African American and Latinx counterparts. And they are my neighbors.

Giving Up My Turn

Though I am far from the boardroom, I have to ask myself at this point in my career, “How far am I willing to go to help my Indigenous, African Americans and Latinx neighbors get a turn?” As a Jesus follower, I am called to look out for their interests, and not just my own. I need to give up fighting for just my turn and reroute the energy to fighting for our turn.

The last couple of years, I have been proactively thinking about how I can apply this both at work and outside work. At work, I am currently involved in a couple of grassroots projects with URM co-workers that’s slowly bearing fruit. Outside work, my friend and I are working on a podcast series tackling race and gender in the workplace from our own Black and Asian Pacific American Christian perspectives. I am grateful for these opportunities and look forward to what God does next.

1Tran, Jonathan. “The Spirit of God Was Hovering over the Waters – Pressing Past Racialization in the Decolonial Missionary Context; or, Why Asian American Christians Should Give Up Their Spots at Harvard.” Can White People Be Saved? edited by Love L. Sechrest, Johnny Ramirez-Johnson, and Amos Yong, InterVarsity Press, 2018, pp 229-249.