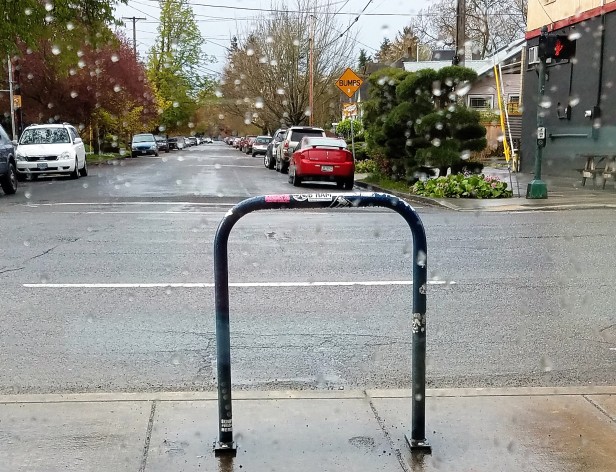 Bryan Stevenson, author of Just Mercy, likes to tell stories. Haunting, real stories of children, women, those with mental illness, people of color, and the poor trapped in our broken system of justice in the United States. His March 2012 TED talk titled, “We Need to Talk About An Injustice,” has touched and influenced millions because of his stories.

As I listen to him speak on March 2017 at Seattle Pacific University’s Chapel Service, I expect him to end his talk by giving a practical call to action. Instead, he ends his talk with a call to Hope. He tells his audience to have hope. The hope he describes is not some flimsy emotion born out of ignorance or blind optimism. It’s a hope that can withstand the dark office of injustice, day in and day out, and keep working for change. It’s a force to be reckoned with because it refuses to give up.

Honestly, hope doesn’t come naturally for me. I can blame my environment. After all, I live in the birthplace of grunge and exist in a perpetual sea of gray. I can blame my generation. Gen Xers have the patent on angst. I can blame the situation we’re in as a nation. But really, I need to own my hopelessness as something I have internalized and have allowed to become a part of my identity.

But Bryan Stevenson has convinced me to reconsider hope.

What would hope look like if I allowed it to shine in the darkest areas? What can hope do?

Despite the rise of more blatant acts of racism in government policies as well as in daily life, the anti-racist voices have not cowered or been silenced. From shows like Master of None telling stories written by and for people of color, to real-life heroic interventions in defense of women of color and Muslims in Portland, Oregon, racism is confronted courageously at all fronts.

Having hope means believing I am not alone in the work of racial justice. I am reminded of the story of Elijah in the Old Testament. In I Kings 18-19, the prophet Elijah felt like giving up after a showdown between him and the prophets of Baal. God comes through in a spectacular way and yet Elijah hides in a cave, fearing for his life, feeling like he’s the only one left who still worships YHWH. But God tells him there’s 400 out there who are like Elijah. They have not bowed down to Baal. He is not alone.

I hesitate to share my thoughts here for fear of jinxing it. Seriously. But I. Will. Have. Hope.

For the first time ever, I have witnessed groups – not just random individuals – of white folks who want to take part in the work of racial justice. Some come from predominantly white churches, and feeling convicted, have formed their own groups within those churches to wrestle with and deal with race issues. Others belong to more ethnically diverse churches who want to get real and go deeper than Sunday mornings would allow. While mourning the racism of their people, they come, humble and willing to learn and do their part.

Having hope means believing that people and systems can change. Nothing and no one is beyond repentance and conversion. During a May 2017 interview1 following his talk at SPU, Bryan Stevenson said: “For young people of faith, believing things that we haven’t seen — that’s what defines who we are. Believing that we can create a community that is better at justice, better at equal treatment, better at overcoming racism and bigotry against the poor is essential — and then struggling to achieve those things — that’s the work.”

References:
1Lim, B, (Interviewer), (2017), “Just Mercy” Author Bryan Stevenson: What Christians Can Do About Injustice [Interview article]. Retrieved from https://response.spu.edu/2017/05/pursuing-justice-with-mercy-a-conversation-with-equal-justice-initiative-founder-bryan-stevenson/

One thought on “Reconsidering Hope”