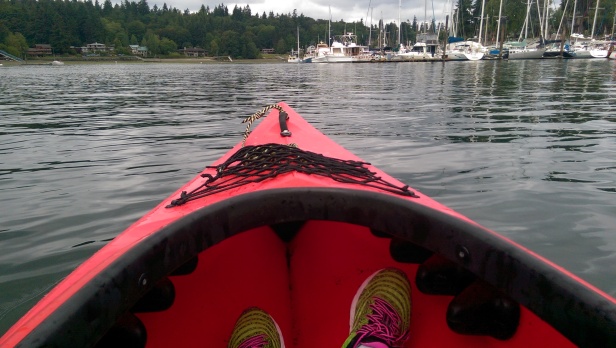 A simple sign hangs on the wall of my favorite coffee shop: “Only Love Creates” – a quote from Catholic martyr St. Maximilian Kolbe. When I first saw it, I questioned its validity. It seems so exclusive, to attribute the work of creation to love. But every time I see the sign, its truth sinks in a little deeper.

Without love, the artist can’t create and the writer can’t write.

It’s hard to create when there’s hate around and we struggle to survive. For some this is physical survival. For others, it’s the soul that needs to survive. Maybe it’s a little bit of both. We come to a point where we have to choose: leave or stay.

Baldwin’s interviewer continued, “You say the city beat him to death. You mean that metaphorically.”

Baldwin: “Not so metaphorically. Looking for a place to live. Looking for a job. You begin to doubt your judgment, you begin to doubt everything. You become imprecise. And that’s when you’re beginning to go under. You’ve been beaten, and it’s been deliberate. The whole society has decided to make you nothing. And they don’t even know they’re doing it.”

American society was in the thick of racial segregation and oppression. James Baldwin knew he needed to leave America in order to survive – as a black man and as a writer. Death and trauma surrounded Baldwin and he needed to get out.

I believe there’s a trauma to thrive ratio2 for creativity to take place. When trauma is too high and we struggle to survive, we can’t thrive, and therefore, can’t create. The heart feels on the edge, brittle; the mind feels unable to process and think.

In Matthew 14, Jesus sends the disciples on a boat while he himself stays behind to pray. A mighty storm hits and the trained fishermen struggle to survive. In the midst of all this, they see a figure walking on water towards them. The “ghost” claims to be Jesus.

Peter immediately issues a challenge, “Lord, if it is you, command me to come to you on the water” (Matthew 14:28, New Revised Standard Version).  Jesus says “Come!” and Peter gets out of the boat and actually walks on water! At Jesus’ command, Peter goes from struggling to stay alive in a storm to walking on water. He goes from barely surviving to thriving.

Peter gets out of the boat – that very familiar place – and does something totally insane. Because of this act, Peter experiences Jesus’ power in an incredible way.

Sometimes, we have to leave that familiar place to experience Jesus’ power in our lives.

I believe God wants me to not just survive – though that’s crucial; he also wants me to thrive. Surviving is different than thriving. Surviving is being alive. Beyond survival, thriving is like a plant that’s growing and flourishing.

Survival is having a job that pays the bills. Thriving means being in an environment where I am seen, heard and valued as a Southeast Asian/Pacific Islander woman. It means I see other people like me in the room, and I am not the only one. When I look around, I see others like me thriving at all levels of leadership. The systems and culture in place allow for my thriving, and the thriving of those like me.

During Baldwin’s years in France, he received love from kind and generous strangers and thrived as a writer. He later came back to the United States, his story brilliantly told by Raoul Peck in the documentary “I Am Not Your Negro.”

May we seek God in our staying or leaving for only by his love and power can we thrive.